The history of Taekwondo is still quite young and only goes back to the beginning of the 20th century. The martial art from Korea was inspired by karate and enjoys great popularity today, and is also recognized as an Olympic discipline. 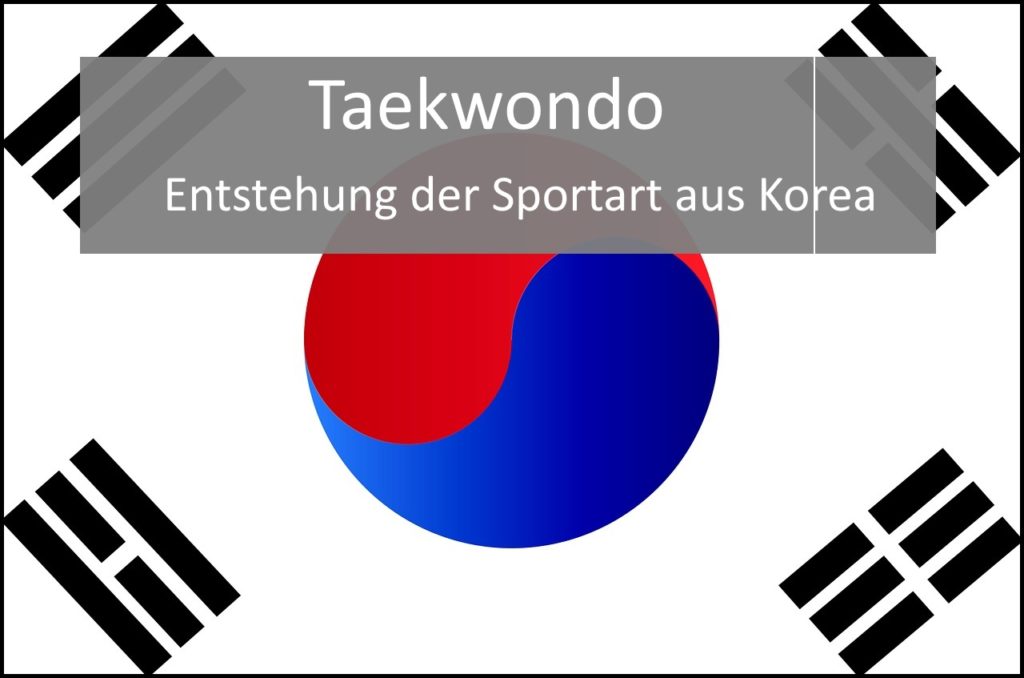 The history of Taekwondo is closely linked to that of karate or Japan. We try to present the essential stages.

It is interesting that Taekwondo was geared towards competition from the start. Due to the decades of disputes between the two large associations, however, several Taekwondo styles developed, which are still operated separately today. National associations can usually be assigned to one of the two large organizations WTF or ITF.

In 1965 Choi Hong-Hi became KTA President, immediately changed the name to Taekwondo and sought international dissemination. A year later, in March 1966, he resigned because of increasing disputes and became president of the newly founded International Taekwon-Do Federation (ITF). The “Kukkiwon”, which is the “headquarters of Taekwondo”, was built in 1972 and the then KTA President Kim Un-Yong became its chairman.

The ITF prefers a style that provides only light contacts and therefore only needs hand and foot protection. Foot and hand techniques are performed in many variations on the head and torso.

After Choi Hong-Hi had relocated the ITF headquarters to Toronto in Canada due to tensions, the World Taekwondo Federation (WTF) was founded in Seoul in 1973 on the occasion of the first World Cup in Kukkiwon. Kim Un-Yong also became president. In the following years, Kim worked harder to dissolve the 5 original “Kwan schools” in order to bring uniformity to Taekwondo and was, despite resistance, successful.

The WTF style is most popular in the world as an Olympic competitive sport with over 200 associations and over 300 million members. In order to be accepted as an Olympic discipline, techniques had to be sorted out. Full contact with full protection is fought, with hand techniques to the head and foot techniques against the legs are forbidden.

The disputes with Choi and the ITF, however, lasted for decades and were never finally settled. Today, however, both organizations are represented worldwide. Traditional Taekwondo styles prefer to fight without protection. Almost all techniques that Taekwondo knows are allowed, except for very dangerous techniques that attack the neck, for example. As in karate, the attacks are stopped in front of the opponent.

Articles from our martial arts blog:

Taekwondo history: how the sport came about

The history of Taekwondo is still quite young and only goes back to the beginning of the 20th century. The martial art from Korea was inspired by karate and enjoys ...
Read More

Traditionally, learning Taekwondo consists of various elements that are carefully coordinated with one another and, in their entirety, form a modern, sporty, challenging and effective martial art. The way from ...
Read More

Due to the fact that women are significantly more likely to be victims of predatory or sexual assault, they need an even more effective way of defending themselves against such ...
Read More

The rising age of a high-birth generation and the permanently increasing life expectancy ensure that the average age in Germany is rising rapidly. As a result, there are more and ...
Read More

Taekwondo equipment for beginners You don't need to buy equipment for € 500 for a trial training session. In any case, training is carried out with loose training clothing and ...
Read More

Is karate suitable as a martial arts for women?

Is karate suitable for women or is it a sport for men? We pursue this question and question the suitability of martial arts for women. On the one hand, whether ...
Read More